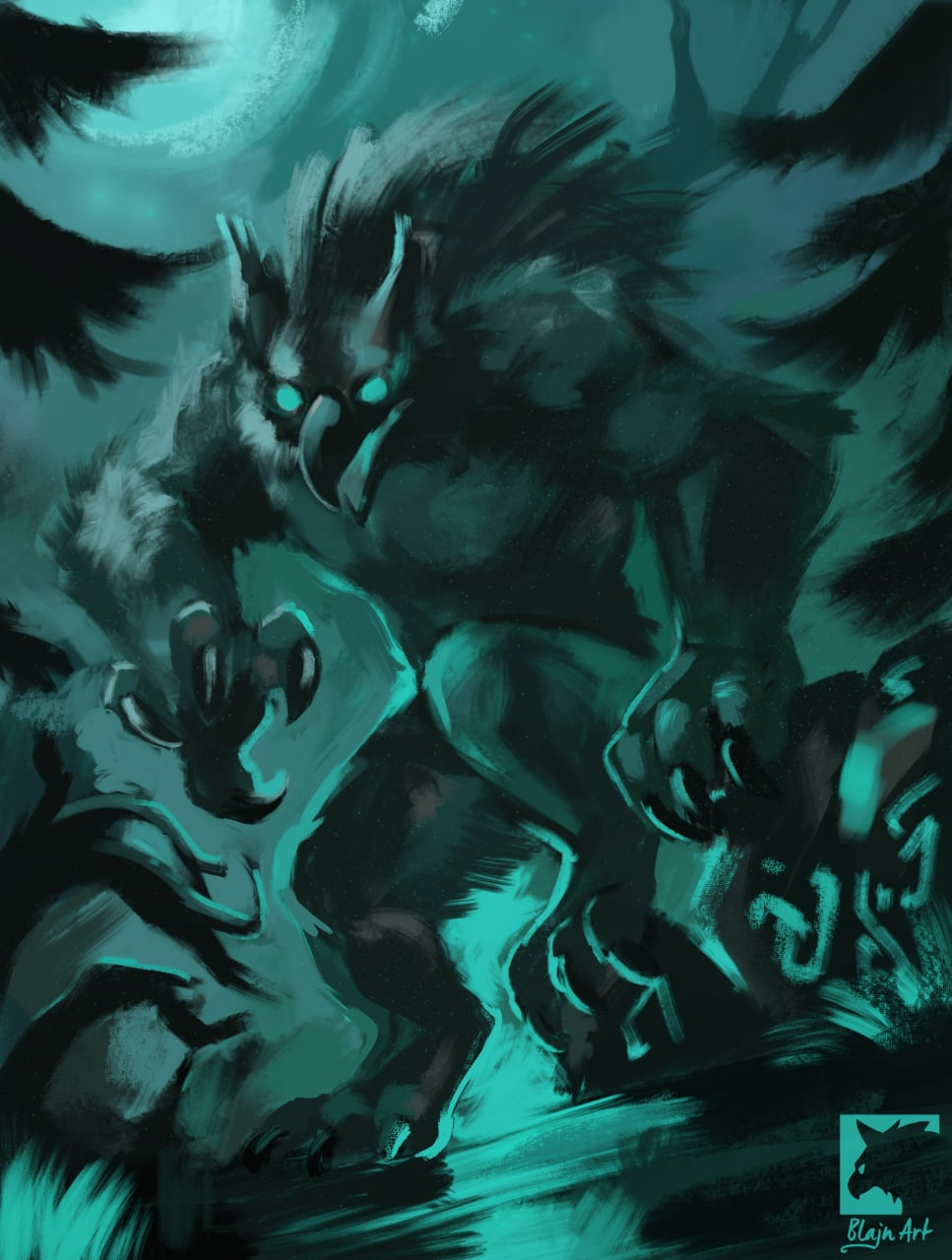 The moons were high above, one cast orange in shadow and eclipse, the other, bright and Argent in its full phase. Timing was everything, and already, they had tarried too long in reaching the secluded ritual site.

“Come! Here, before the stones. Lay flat, arms out.” The shaman ordered, waving his staff in a broad arch to encompass the sky and standing stones all.

Eldritch green energy gathered at the end of his gnarled and twisted staff. The Chieftain had insisted it must be completed tonight! The volunteer was one of his finest warriors after all, but the powers that were waited on no living being, least of all on a night as rare as this.

The ritual began, the shaman’s golden eyes darting from his subject’s supine form to the sky above, gushing the phase of the eclipse as it passed. There would be enough time, surely. A near thing, but enough…

Runes on the standing stones flared to life as he chanting, sweeping the energies like smoke across the warrior on the stones, conjuring up changes, making him stronger, bolder, taller. His talons lengthened into vicious obsidian hooks, feathers lengthening upon his arms into feathers of silver and black. When all was done, he would be one of the finest that the shaman had ever overseen the task of creating.

A sudden owl call from the woods distracted him for a heartbeat. It was a foul omen. Even as he watched, the mighty woodland watcher perched on the bone-like branches, sitting almost directly above them, it’s shadow cast upon the ground beside the warrior’s head, threatening to obscure the mother moons radiant glow.

It spread its wings, and cried into the night. Shadow eclipsed the warrior’s hazel eyes.

At once, the runes that had been glowing winked out like a snuffed candle. The owl took flight, but its damage was already done. Tremors racked the warrior’s newly transformed body, making him tremble and jerk as if in seizure. His beak snapped open and shut wordlessly, though his features contorted in agony, worse than any imaginable.

The shaman pressed his body down, restraining him until the violence of the transformation ceased. At last, the warrior lay still, breath heaving from physiology changed, broader, larger even than he had been before.

“Brother? Can you hear me?”

The shaman gasped as he was tossed aside like a leaf before the might of a gale, the warrior unaccustomed to the newfound strength of his moon-kissed form… But he was also twisted, the shaman could now see. When he stood, it was hunched over on all fours, using his arms as if they were the forepaws of a stalking beast to steady those first, shaking steps in the new body he had been blessed with… or cursed with.

His eyes opened, and in them, the shaman saw instantly the hunger of a feral beast, no light or glint of recognition at all. Whatever had been the warrior before was gone, replaced by a beast that knew naught but instinct and hunger and prey.

Those dark eyes narrowed, and the beast let loose with a Hawks cry that deepened to a growl at the end, startling flocks from their roosts. Then, turning to the waning eclipse, it called out mournfully.

The shaman saw none of this. He was already fleeing into the woods, retreating to warn the tribe what had become of the new initiate to the Arvian’s kin.

If it didn’t hunt him down first, that was.